This small family-run farming company was created by a family of farmers who were part of the “Santa Casa di Loreto” foundation, who decided to start a business in the 1960s.

Thanks to the work of Sante Giulio Strologo the first vines were planted on soil which was specially bought for vine growing on hillsides. Mr Strologo was then founding partner of the Association for the protection of Rosso Conero, in charge of quality control on its members' products. Mr Strologo has recently handed down his company to his son Silvano who, having inherited a passion for making good wine, has decided to modernise it with the help of one of the best Italian oenologists Giancarlo Soverchia. Like the surrounding Conero area, the soil goes from calcareous to very calcareous on a clayey base, which is appropriate for growing Montepulciano. The vineyards consist of 11 owned hectars, southfacing and adjacent to Mount Conero at an altitude of 250mt above sea level and 4 leased hectars on Mount Conero slopes. The older parts have a density which is slightly over 2000 rootstocks per hectar whilst the new parts have around 5000 rootstocks per hectar. Cultivation is vine-shoot renewable and pruning is done using Guyot and cordon training techniques. The winery is organised using new technologies both in the pre-fermentation and post-fermentation phases. It is in fact equipped with modern and innovative steel fermentation tanks, French durmast fermentation tubs at monitored temperature for the vinification of high quality red wines and small wooden barrels for the “élevage” of refined wines. 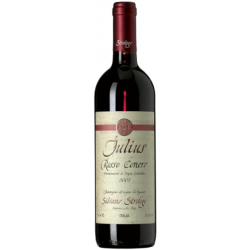 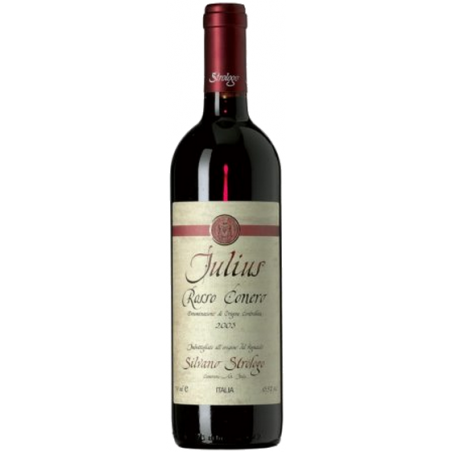 The vineyard altitude is 250 m. above sea level. The exposoure is south. The training system is cordon spur. The yield per hectare is 80 Quintals.