Towards the end of the 1700s, engineer Giacomo Guglielmistarted construction of the farmhouses of Jago surrounding the centre of the estate which most likely dates backs to the early 1700s.

In the 18th century the vineyards in the Valpolicella were managed through share cropping tenures. At that time, grapes were just one of the many crops grown on the farms in the area which also produced fruit and arable crops, as well as rearing livestock.

In the second half of the 1900s, the freehold agreements substituted the share cropping tenures and the production of wine became more and more important until it became the dominant product, and symbol, of the Valpolicella.

Once the wine crisis of the 1980s was over, the Valpolicella and its wines, especially the Amarone, became synonymous around the world with quality wine.

In that period, many small and medium farms which up until then produced grapes to sell on to wine producing companies, started producing their own high quality wines and building themselves a reputation for such.

Villa Spinosa was one of the wineries created in that period. Significant restructuring of the farmhouses and vineyards made it a high quality grape grower and wine producer.

By transforming the outhouses which were originally constructed for farm activities such as stables, corn stores, chicken runs and shelters for cattle and equipment, it has transformed its historical outhouses into spaces which house the various production phases of Valpolicella wines. These include areas to dry the grapes for the Amarone and Recioto, to rooms in which to store the barrels of maturing wines. 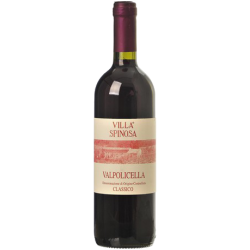 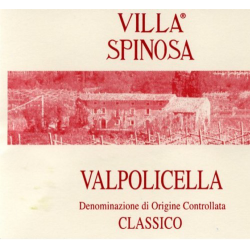 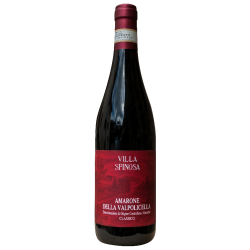 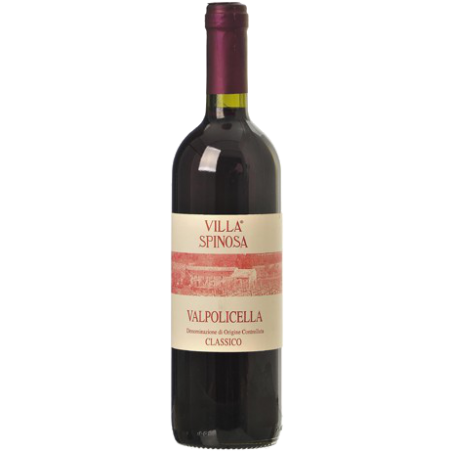 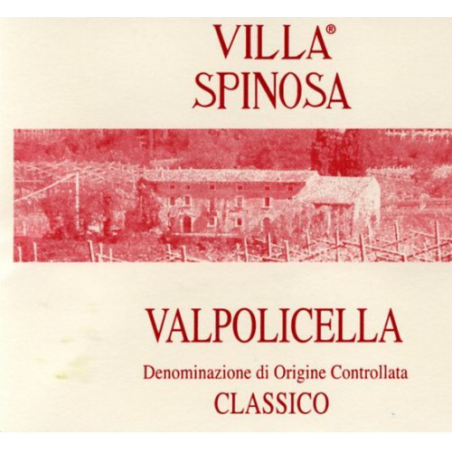 It is the symbol of our land: an everyday wine, young, simple and fresh. It is a wine full of joy and rich in scents of sour cherry and cherry, amazingly easy to drink. To drink it is like strolling through the valleys of Valpolicella Classica, experiencing colours and scents, learning about history, culture and tradition. 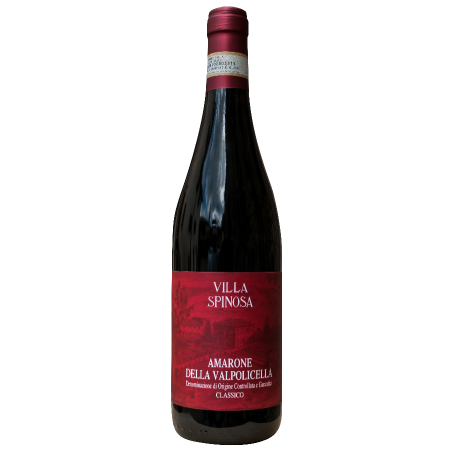 It is our youngest Amarone, a perfect combination between tradition and present, between easy-drinking quality and intensity, able to face longer aged Amarone wines in terms of taste and peculiarity. The big deal of this wine is the origin from a land historically devoted to great wine production as the Valpolicella Classica is. Lively as its red colour, it’s an important wine, elegant and modern, food friendly.