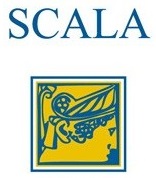 Since 1949 a tradition of refinement has handed down from father to son: Luigi Scala now leads the production of Cirò wines in the old winery with great attachment to family traditions. From the growing of grapes to the refinement and ageing of wines, the company takes great care in every step of production, aiming more to the excellency of its final product, a distinguished Calabrian wine, than to the quantity of bottling. The continuance of family tradition and philosophy is also ensured by the recent joining in the company of Francesco Scala as key account manager. The Scala winery is located in an old farmhouse whose original aspect hasn't changed through the years. From the main entrance a secular oak welcomes the visitor as a testimony that the passing of time hasn't weighed upon old feelings of affection to familiar places. The machinery inside is technologically advanced, but the external face and courtyards have been carefully renovated in respect of the original characteristics and maintaining the old brick fermenting tanks. The vineyard has a surface area of 18 hectares for an overall production of 100.000 bottles. The company's production is mostly based on native grape such as Gaglioppo, Magliocco, Nerello, Mantonico and Greco. These varietals are cultivated at espalier and typical tree-shaped vines on the hinterland plains and hills and on an average argillaceous and sandy soil. The wines thus obtained, though having an outstanding character, do not deny their native peculiarity.