I love this asprinio, son of my ground and his brother Coda di Volpe or Aglianico the father of all red devils getting excited in the tuff cave, where my family's anchester worked and where the past rests and the future ferments and prides ourself. The cellars are in the house where I was born, where I learned to know, to live and to chose the best.

In 1998 the Numeroso's ancient house built on a tuff cave in the historic center of Lusciano was restored to its former origin: it was patiently recovered according to the technical standards. The origin of Numeroso's wine cellar dates back to the beginning of the twentieth century and since then it has provided for the production of Asprinio wine according to the traditional system of vineyard made of tall trees. In the sixties the production was essentially based on quantities more then on qualities so the Numeroso started to give their wine to the Buton company supplying it with about on hundred ton of asprinio wine yearly.
This one was used as basis wine of famous brandy and sparkling wine very fashionable in hot period. In the seventies thanks to my friend Gabriele Lovisetto, manager of Buton at that time, he things changed. He convinced his family to carry out an improvement in their vineyard changing from alberata to the modern guyot or silvouz. But it was only at the end of the seventies that the Numeroso factory started to transform  their asprinio in sparkling wine,the exellents results gave life in 1982 to the new mark I Borboni. The success of this product let the gentleman Nicola Numeroso to give a proof of his character and his obstinacy. In fact thanks to him the asprinio wine was recovered and it was recognized and approved by the IGT and later in 1993 by the DOC Asprinio.
So the traditional way in working asprinio wine was recovered, it was again taken in caves 13 mt deep dug unter the owner's house. These caves fitted for the preservation of asprinio wine because of their even temperature, coolness and dampness in every period of the year. We decided to took the production of asprinio wine back to the caves of historic center in order to protect and keep up a tradition. It would really be more practical to product asprinio wine in the open spaced of our country, but so the cycles and the typicalness of the product would be lost. 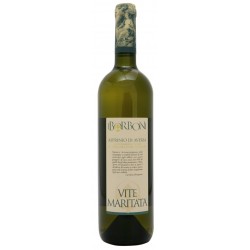 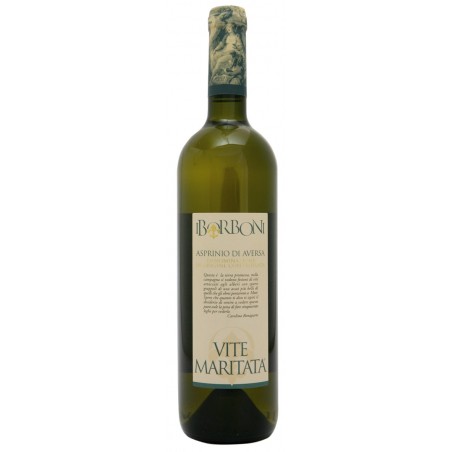