History and Tradition Bound by forested hills and mountains prone to temperature extremes, the slim central plain was given to frequent seawater floods that transformed the coastline into marshes, making this land sparsely inhabited until the Lucanian people made their homes among caves carved from the mountains. The ancient name of the region was Lucania from the first known settlers, the Lucanians people whose name was derived from the root lucus or “forest” in Latin. Sannites tribes inhabited the area as well, before the Greeks took it in the 7th century B.C. They founded such colonies as Siris, Metaponto and Eraclea developing rudimentary agriculture and encouraging commerce. From the 3rd century B.C. the Romans colonized the region and began a policy of deforestation to provide wood for building cities and fleets and they also divvied up the land for cultivation. The process of deforestation went on for centuries [, eventually exhausting the natural wood resources of the native forest toward the decline and fall of the Empire. The Byzantines followed the Romans and gave the region its current name of Basilicata, derived from basilikos which means both "prince" and "governor". Normans and Germanic Swabians invaded the area as well but the devastating violent raids of Saracens pirates forced the local population to move from the seacoast inland to the relative safety of the agriculturally poor mountains. After the unification of Italy in the late 19th century, the Italian government confiscated enormous parcels of land from the Roman Catholic Pontiffs and re-distributed it to a handful of noble families who had little interest in developing it, and as a result, the area languished and the socio-economical decline continued. The extreme poverty created such phenomenon as brigantaggio, or the "rule of bandits". The Church and some fringes of the nobility supported rebellions against the new State and the movement grew into a real political and guerrilla-like conflict that continued for years. Only after WWII were improvements to the organization and distribution of the arable land through the creation of small agricultural companies able to bring some prosperity and stability to the area. Finally, the discovery of methane-fields in the 1960s and 1970s brought industry to the region in the form of petrol-chemical and fiber plants. The Wines. Although Basilicata produces only one DOC wine, the quality of it is such that it ranks at the forefront among the best known and appreciated Italian reds. Aglianico, the name of the original grape, is a corruption of the word "Hellenic" or Greek. In fact, as there are no native grapes in this region, the plant was brought over by the Greeks when they settled there in pre-Roman times. The result is that this grape was made into wine long before many native varieties in the northern regions. The Greeks planted many vines in the zones around the Mount Volture from which some of the best Aglianico still comes today. The single DOC, Aglianico del Volture, was named after this area as well. 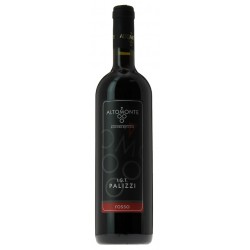 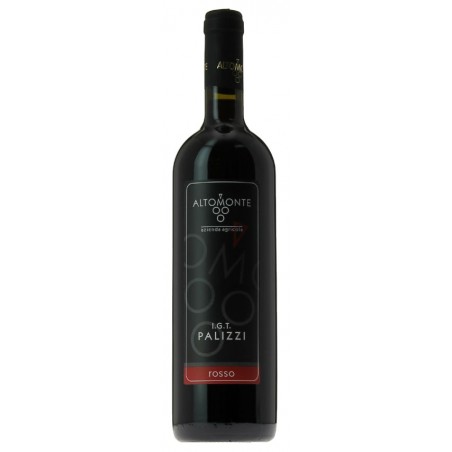 Obtained by autochthonous vine cultivar growing up  on the mediterranean hills.Scrupulous agronomic cares and a careful vinifications, valorize the aromatic notes of the grape and it exalt the structure of the wine for a seductive melody in perfumes of good persistence.